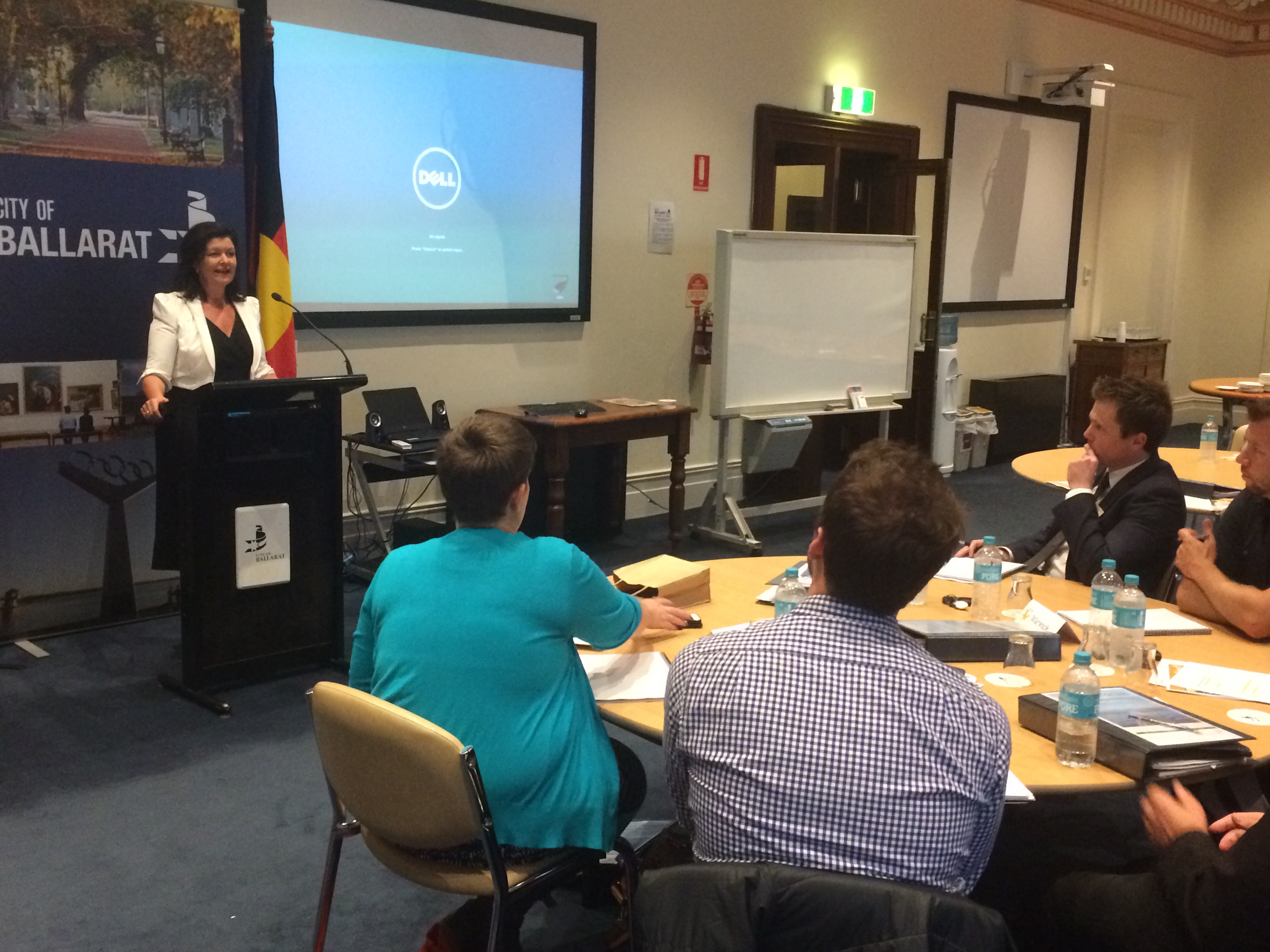 We were given the opportunity to gain a greater knowledge and understanding of the role of local government and how it functions at our first Leaders Forum evening session on March 22.

In just a few hours spent at the Ballarat Town Hall, we were addressed by both the City of Ballarat’s Director of Community Development Neville Ivey and Mayor Cr Samantha McIntosh, with follow up question and answer sessions. We also witnessed a number of important strategic decisions for the municipality being made at a council meeting.

Neville spoke about the importance of engaging effectively with the public on community services projects to ensure positive long-term outcomes. We were given an insight into the processes council officers go through before presenting a recommendation to a council meeting, where councillors will want to see hard evidence and sufficient community consultation before making an informed decision.

Madam Mayor spoke about what inspired her to make a difference in the community and become an elected official, and how difficult it can be when a person first stands for election but how rewarding it is to be involved in important decision-making for a community.

Madam Mayor went on to speak about how councils in the Central Highlands region were working together to lobby state and federal government to commit to projects which will benefit the entire region, not just a single municipality. As the region’s capital, Ballarat and its council has a responsibility to give back to the regional towns and rural industries which have helped shape and grow our city. It is therefore encouraging to hear that many of the priority projects presented to Canberra and Melbourne would have hugely positive implications for our region, not just our city.

After some reflection by our group, we entered the gallery of the council chambers to see local government democracy in action. There were a number of items on the agenda and important decisions to be made. Of particular interest was the discussion among councillors before they made a unanimous decision to permanently reduce the CBD speed limit to 40km/h. It became clear that the previous 50km/h speed limit was not necessarily seen by most as a problem that needed to be fixed. However, due to the temporary introduction of the 40km/h speed limit in December 2015, there is now evidence the speed limit reduction has provided a safer CBD space, particularly for pedestrians, and has not negatively impacted on trade or business in the area.

This process and decision represents proactive leadership on the part of officers and elected council members. Rather than saying “if it ain’t broke, don’t fix it”, the question was asked “can we do this better?”. By temporarily trialling the initiative, the question has now been answered. Perhaps this approach to implementing positive change can provide some inspiration for us as a group of aspiring leaders.